I can’t believe that it’s already time for another blog, but I’m super excited to share this one! Every summer student watches as their four months off school race by, the work week goes by fast and the weekends even faster. You think that you will have free time, but that is often not the case, so in order to make the most of the summer weather and freedom, you truly have to take advantage of your weekends and fully commit to having some fun. This blog is about doing just that.

Last weekend my boyfriend (Lyndon) and I decided that we were going to do some camping, and were both excited to go a little farther into British Columbia than we had before. Being from northern Alberta, I had made my way as far as Dawson Creek, Fort St. John and even Hudson’s Hope once, but no farther. For this blog I’m going to talk a bit about our trip and some of the things we saw, as well as some of the things we’ve learned. Personally, I had made mistakes when it came to packing in just about every way that I could. In fact, by the end of the weekend Lyndon had declared that next time he would be in charge of packing food, bedding, and also decided that we needed a bigger tent and a different vehicle. I really did try my best…

Bright and early Friday morning we took off in my cramped Ford Escape and started our drive to Tumbler Ridge. The drive was beautiful and went by fast. We arrived before noon, and decided to stop at the Tourist Information Centre, where Lyndon bought a bucket hat that he proceeded to wear the entire weekend, in the spirit of looking touristy.

Afterwards, we set up camp at the main front country campsite in town. We did a bit of hiking along the river before coming back (Lyndon was not as excited to do nothing but hike all weekend as I was) to our site. We then decided that we would do the drive to see the famous Kinuseo falls, the road was as bad as people say – if not worse. Lyndon (who is quite afraid of heights) had the luxury of being in the passenger seat as I swerved around and through potholes, across narrow and bumpy bridges, and drove probably a little too close to the edge…

Moments after arriving at the falls it started to rain on us, but we did get some fun pictures and the falls were a beautiful sight. Kinuseo falls are located on the Murray River and – FUN FACT- are actually slightly taller than the Niagara Falls.

After stopping for a few photo-ops on the way back to camp, we decided that we would do the short hike to the dinosaur tracks along the river side (I was actually amused to see how excited he was about these). We have made an agreement that Lyndon’s willingness to hike with me will be dependent upon whether or not what is at the end of the hike is worth it, apparently in this case it was… The tracks were discovered around 20 years ago when two little boys fell off their river tube and ended up on the riverbank. 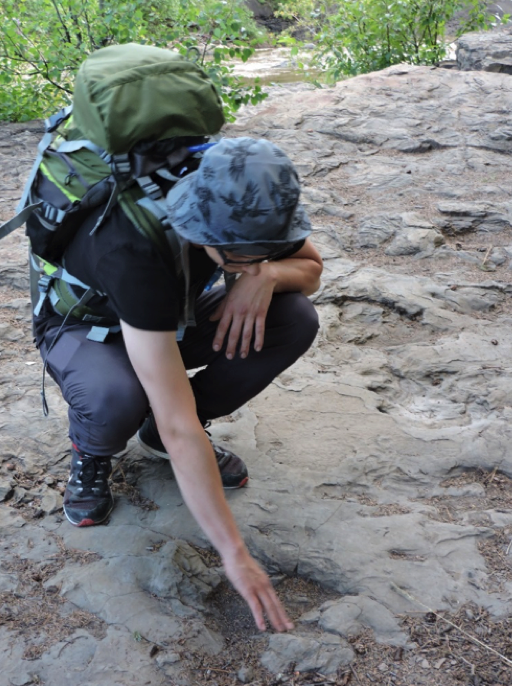 The next morning, after a very cold sleep in what I was told several times is not a big enough tent, we packed up and set off for Moberly Lake Provincial Park. On the way we stopped in Chetwynd to get a decent cup of coffee (my attempt at percolator coffee brewed over the Coleman cookstove did not suffice). Here we went kayaking in the lake (which gave me a good opportunity to use my GoPro), got rained on again (when we realized another one of my packing shortcomings was not bringing anything like cards that we could play when it rained), and had a campfire (which a heavy downpour effectively extinguished minutes later).

There was definitely a lot to be learned as far as packing goes, but although next time we will apparently be bringing a bigger tent, the pickup truck, some entertainment, and correcting some other errors, we were already excitedly discussing ideas for our next trip to Beautiful British Columbia on the road home.

Below are some pictures of our kayaking on Moberly Lake, as well as of Kinuseo falls and other parts of our trip. The bucket hat is featured often in the photos.

Thanks for reading and letting me share one of my days-off-adventures! 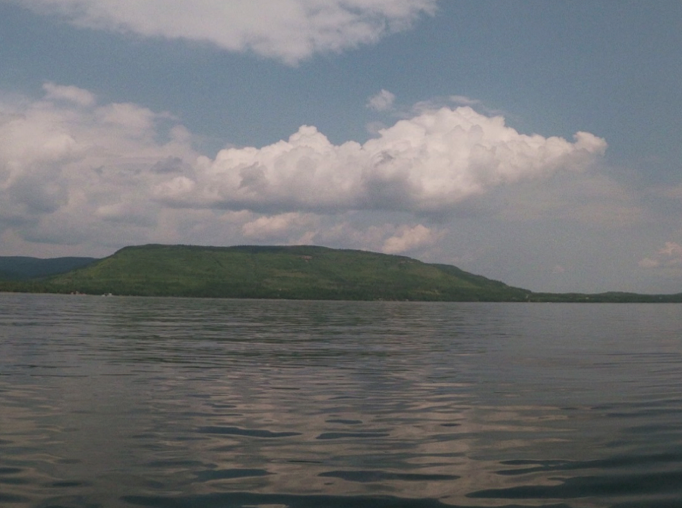 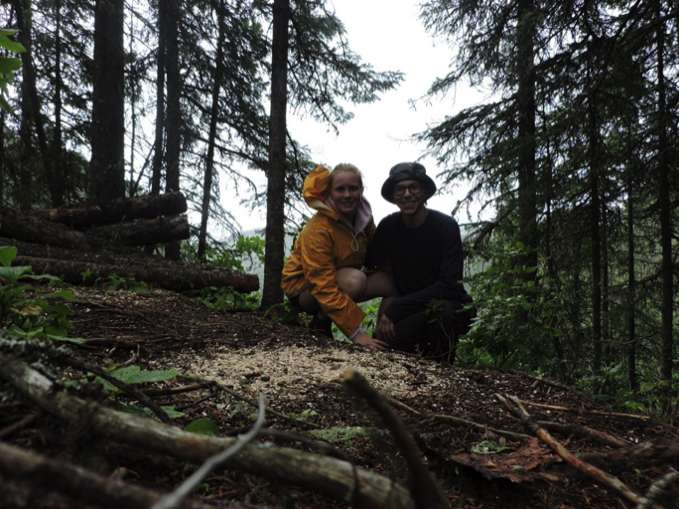 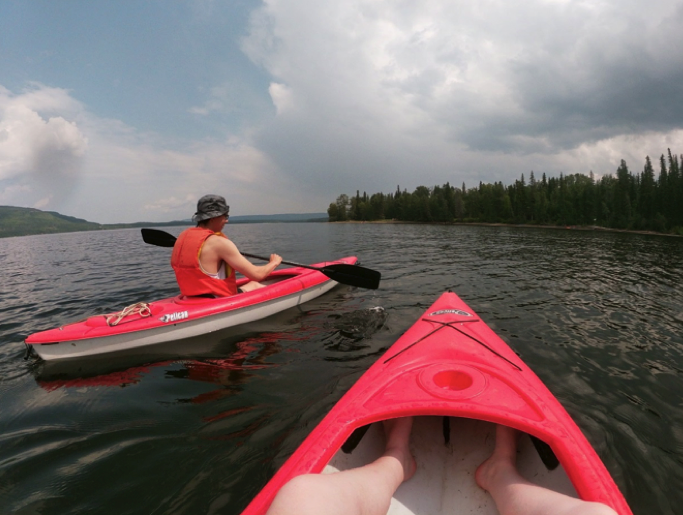 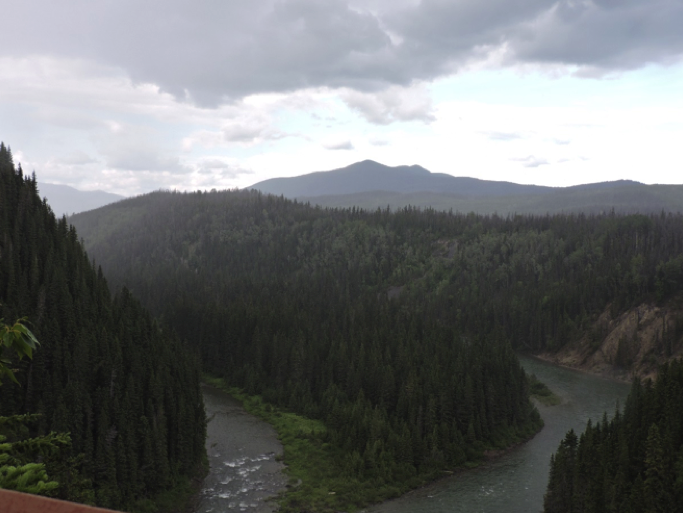 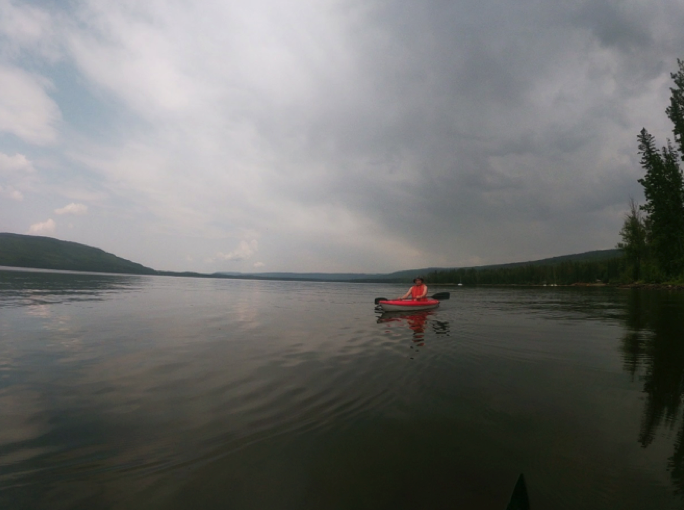