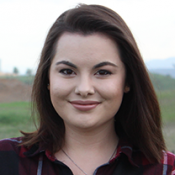 Today’s adventure takes me to Quesnel, BC also known as the ‘Mothership’ of West Fraser. Quesnel hosts the largest density of West Fraser Mills, with two pulp mills, one sawmill, one plywood plant, one MDF plant, their sales offices and their Canadian Operations office. That’s a lot of mills in one day,

Currently, Chasm, 100 Mile House and parts of Williams Lake are all evacuated due to Forest fires. Over 39,000 people have been affected by the wildfires, and many of them are West Fraser friends and family. To all of the emergency personnel and wildland firefighters, your hard work does not go unnoticed. Thank you so much for all that you have and continue to do in fighting some of the worst blazes in British Columbia’s history.

This will probably be the cherry on the cake, as I don’t think this co-op term could get any cooler. For the next twelve days I am set on a mission to visit every one of the 24 Canadian West Fraser Divisions. That’s 24 different West Fraser Sites, 15 different towns, 12 days, 2 provinces and one very excited Co-Op student – Me.

West Fraser Timber has been around since 1955, which was 11 years after Canfor, 54 years after Weyerhaeuser, and 54 years before Conifex and Paper Excellence. Started in the quaint town of Quesnel, British Columbia, West Fraser Timber Co. consisted of a 12 person crew managed by three brothers. Sam, Bill, and Pete Ketcham kept up their legacy,