The Press. Codename: Moneymaker. “Our job is to keep that press going without stopping. If it stops, we lose money.” – Every employee I’ve talked to in the mill.

As I have mentioned before, this is the original press (that might be upgraded in the future) built in 1982/3. If it gets upgraded, this might be the last footage of it working in its original form. I am humbled to have been able to post this video.

But the portion of the line in front of the press, called the forming line, was also built in 1982. Its nickname is the “Schenkline” – the company that constructed it was called Carl Schenk. Funnily enough, there’s many things around the mill named after the companies that built them. The finishing end is called the Globeline. The two furnaces are called the Salton and Volcano respectively. It’s probably because labels and name-plates of the companies were plastered everywhere. Good advertising. Tragically most of these companies have gone bankrupt.

This is only a portion of the entire Schenkline The entire thing is about 3 stories high and triple the length.

The Schenkline guides the large mats upon which the strands are lain, and feeds the press directly.

I wanted to talk about the walking trails more around Edson (there’s an entire network of them all around town). Unfortunately, it has rained frequently in the last couple weeks so my runners or sneakers would pass away if I tried walking around. I’m driving back to Calgary next week so I’ll remember to bring my hiking boots up. Also, I think the trails deserve a full on blog, rather than the second half of one. It would be a waste.

So I suppose I will talk about my trip to the University of Alberta early in May. Nice thing about living in Edson is it is dead centre between Edmonton and Jasper. Head east for civilization and west for nature. The drive is very relaxing. This time I shall talk about my drive east. Hopefully another would be about a drive west. 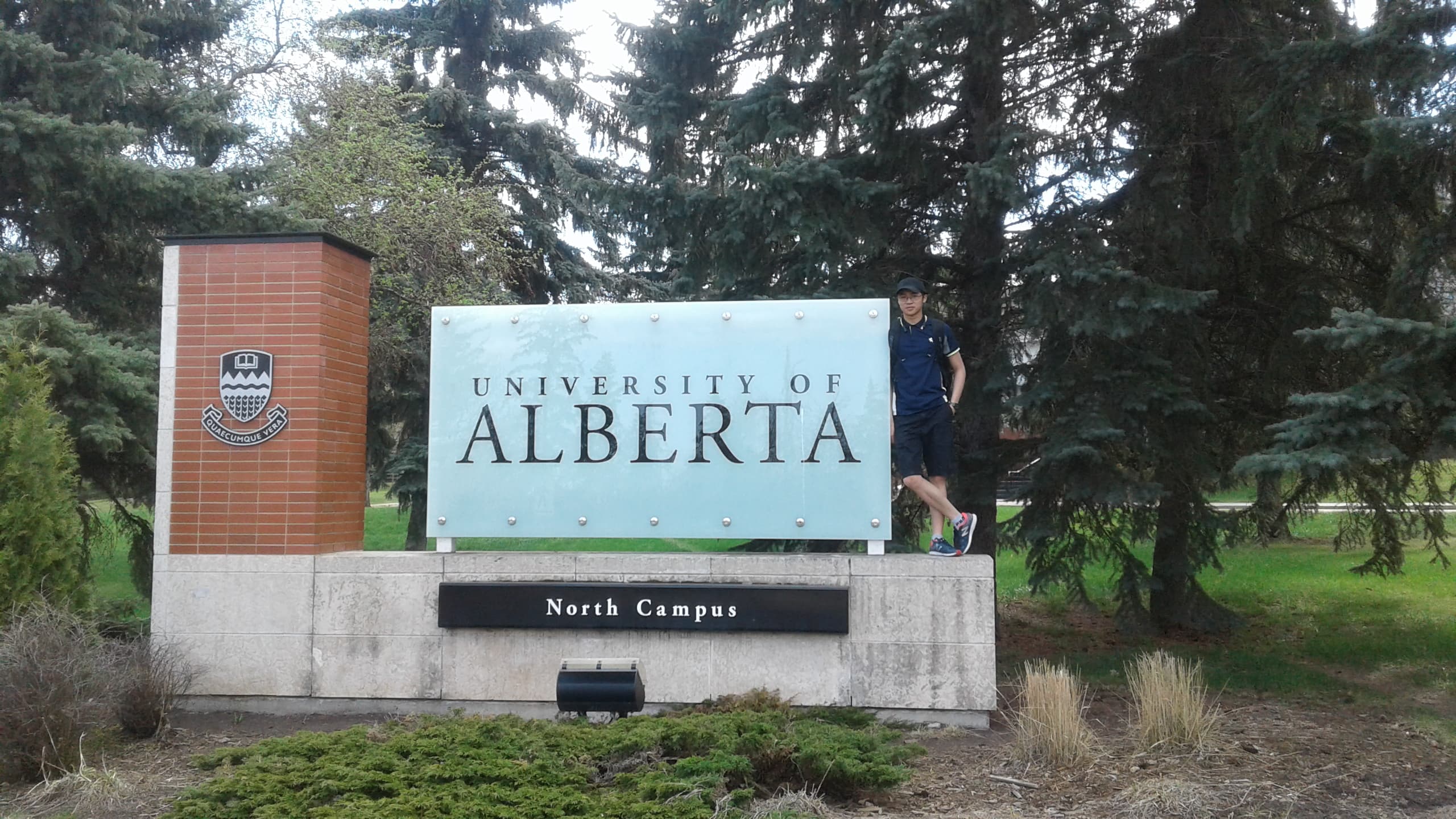 Sadly, this was before I got my new phone, so the picture quality is absolutely dreadful.

I quite enjoy looking around other campuses. I had a cousin tour me around SFU last year, and I explored UBC during winter break. This year I had a high school buddy show me UofA. He showed me around the Engineering buildings primarily. I must say, I am absolutely jealous of UofA. The buildings and facilities are massive. The main engineering administration construct is 13 floors high! 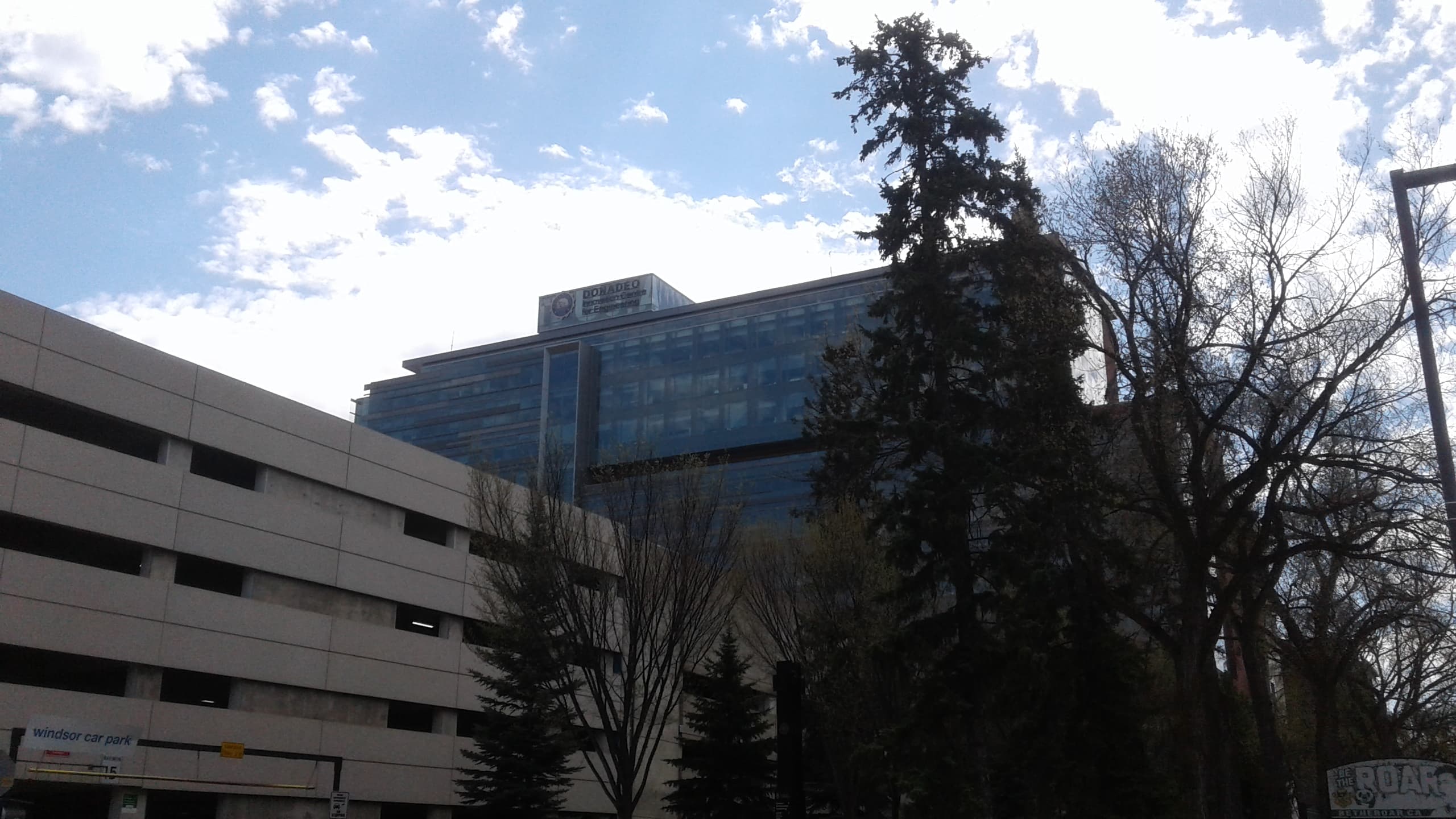 Each discipline (mechanical, chemical, electrical, civil, etc.) has their own building, which are usually about 8 floors. By contrast, UofC only has 4 engineering buildings, two of which are auxiliary buildings (and quite small I’ll be honest here). The main building is only four floors, and services all of the disciplines. The last building at UofC is for Electricals and Software engineering. 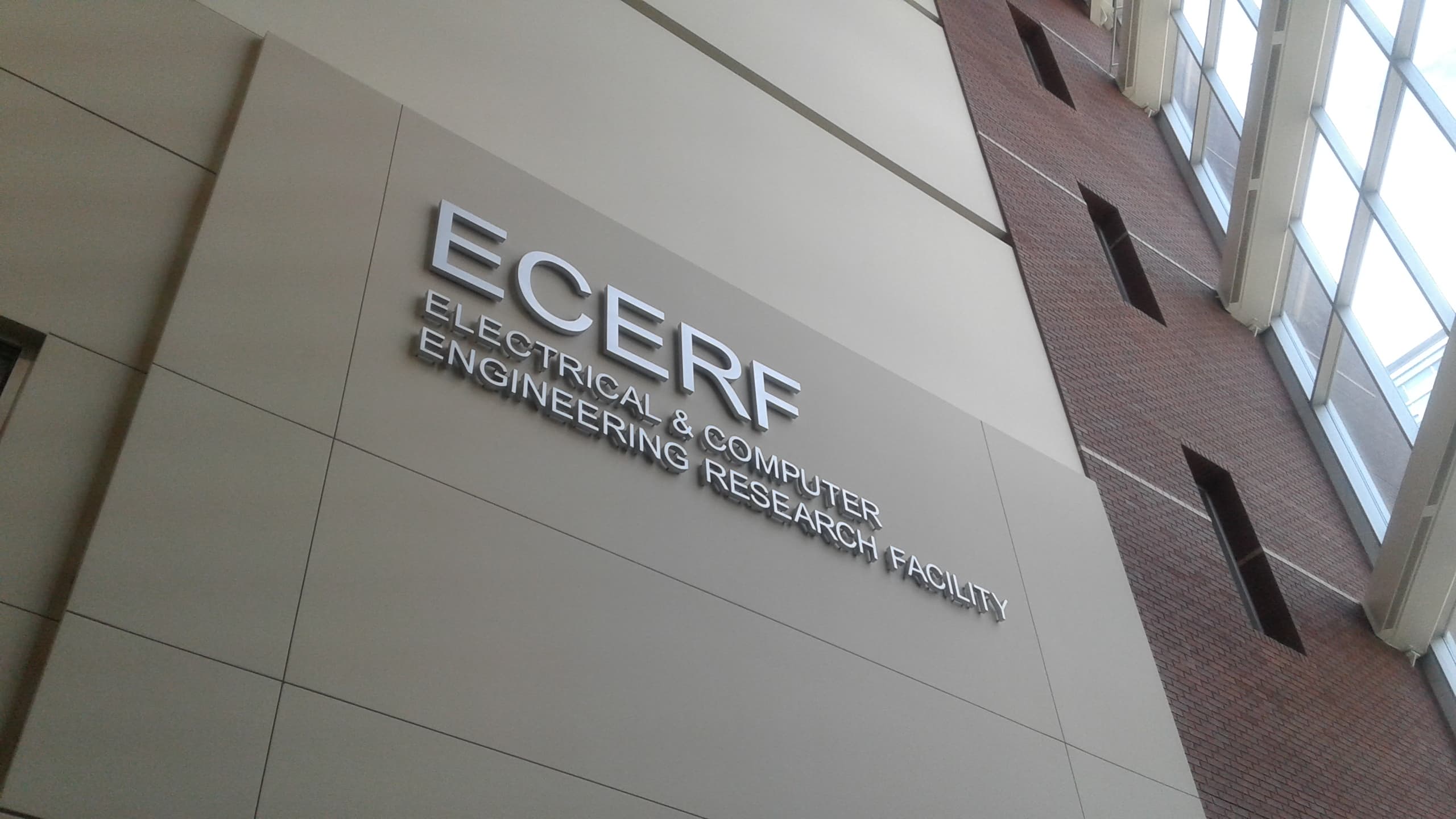 I now find it quite hilarious that the other faculties at UofC complain about engineering getting all the money. They do not realize that UofC engineering is on discount when compared to UofA. My friend and I toured through all of the buildings he knew. Each building had massive spaces for students to study, relax, eat or walk to their next lecture halls. Apparently during the school year, the halls were filled to the brim with people (and lines to the one Tim Hortons in Engineering went around corners and down halls). In some of the older buildings, there were mementos to engineering of previous generations. Stripped down in-line jet turbines on display, or pictures and plaques in cases. They stand there as testaments to progress. 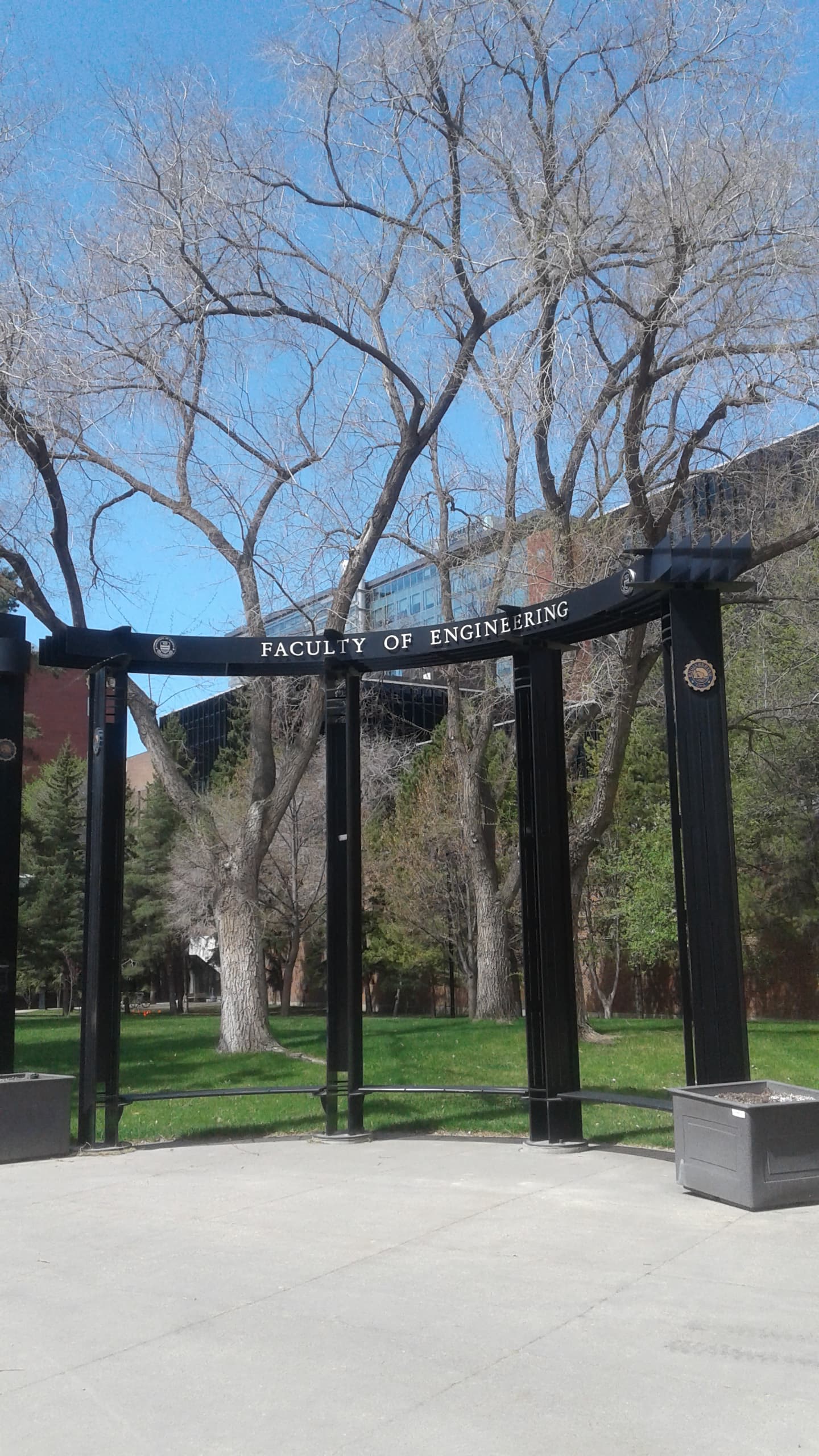 As well, UofA’s campus is quite gorgeous. The trees are trimmed and well kept. The green really blends well with the yellow-green flags that line the streets. The architecture is more traditional. Here is the dentistry building. 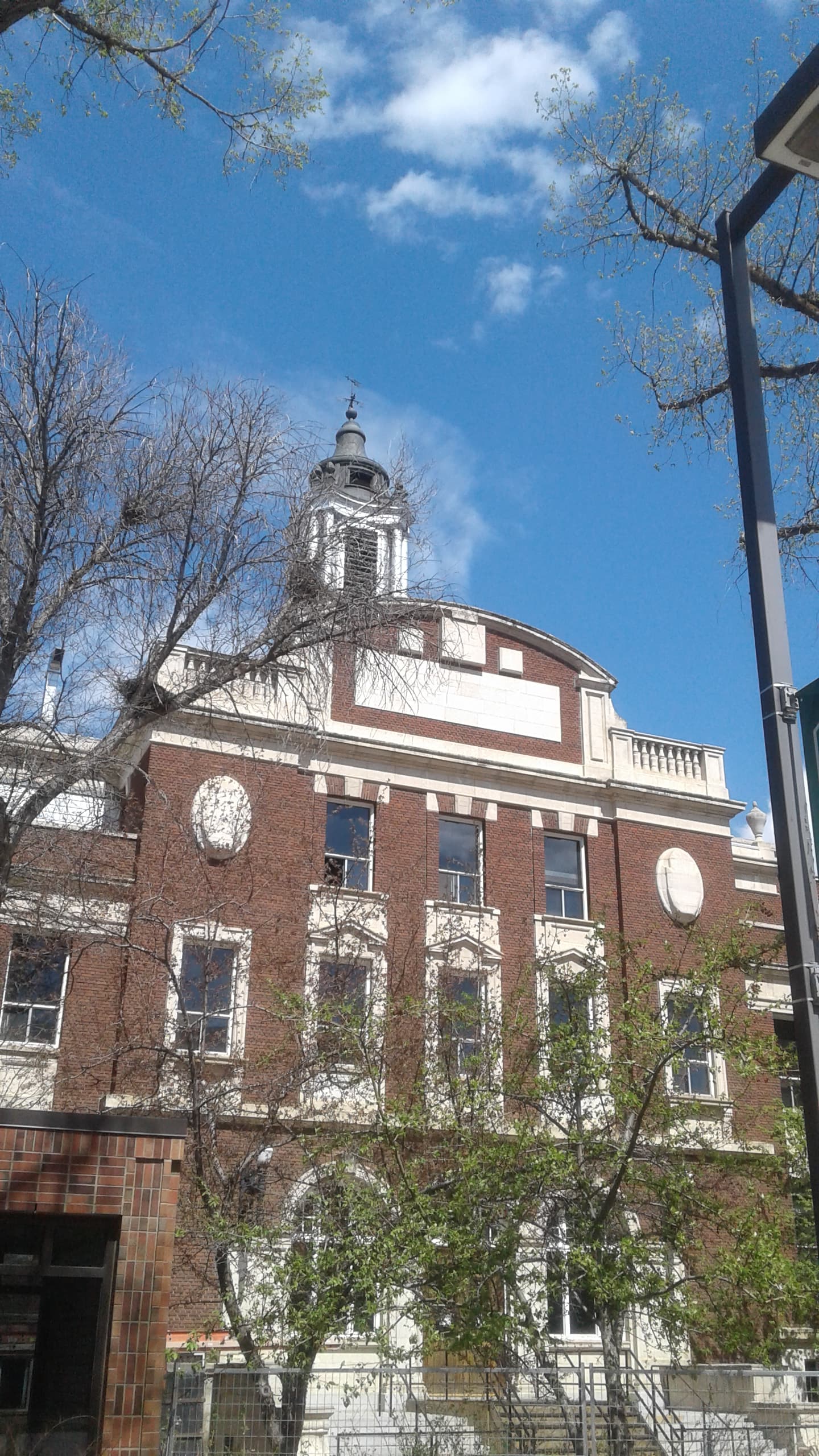 A good number of the buildings in the campus were built with this architectural style, and it is quite amazing to look at. It looks like a place in which intellectuals have studied and expanded their knowledge for centuries. It has class, grace, and honour. UofC’s buildings, unfortunately look more akin to giant bunkers.

All in all, my trip to Edmonton and UofA was quite fun. Exploring new places will always be something I love doing. I am currently thinking about opportunities for future blogs. A good hike around Edson’s trails is a great candidate for the next blog. But I am also tempted to stick a camera somewhere on my car and just drive around town. I will most likely probably do that in the future. 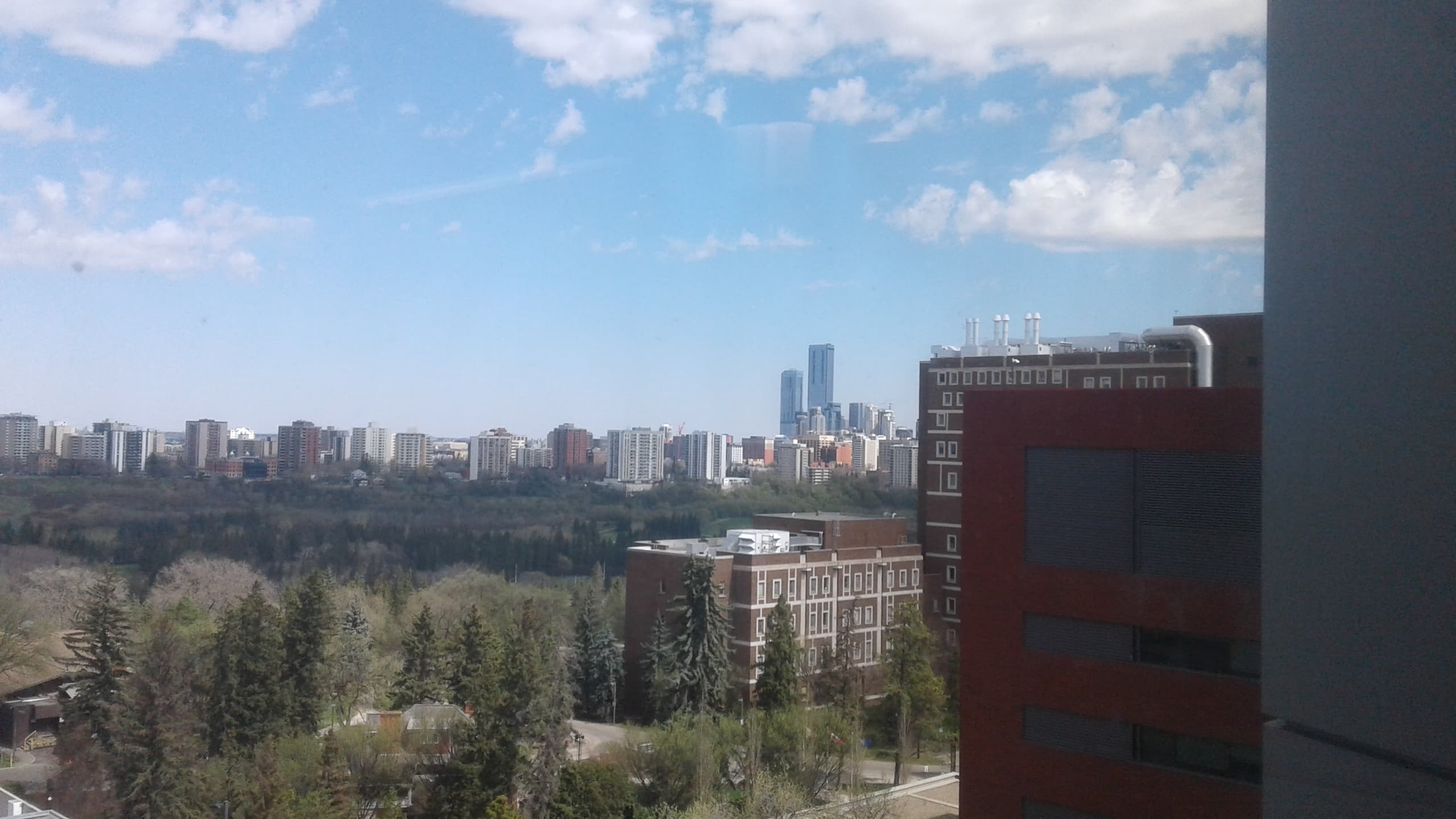