From the kootenays to the cariboo

A warm welcome to you, reader. My name is Leeza Perehudoff, and I am one of the contributors that is fortunate to participate in the 2019 Green Dream Job Blog. Instead of jumping into a biography (which will come later), I would rather you join me on a little journey…

Spring, well, more like summer, had just sprung in my hometown of Castlegar, British Columbia (BC). In late April 2019, the leaves of the deciduous trees were a most vibrant shade of green. Some of the herbaceous species of the understory had begun to bloom. Glacier lily (Erythronium grandiflorum), in particular, was like sunshine on the forest floor. My friend and I had already successfully harvested the young shoots of false Solomon’s-seal (Maianthemum racemosa) on their acreage. Our colloquial name for the plant is suziki, an homage to our Doukhobor heritage and culture. 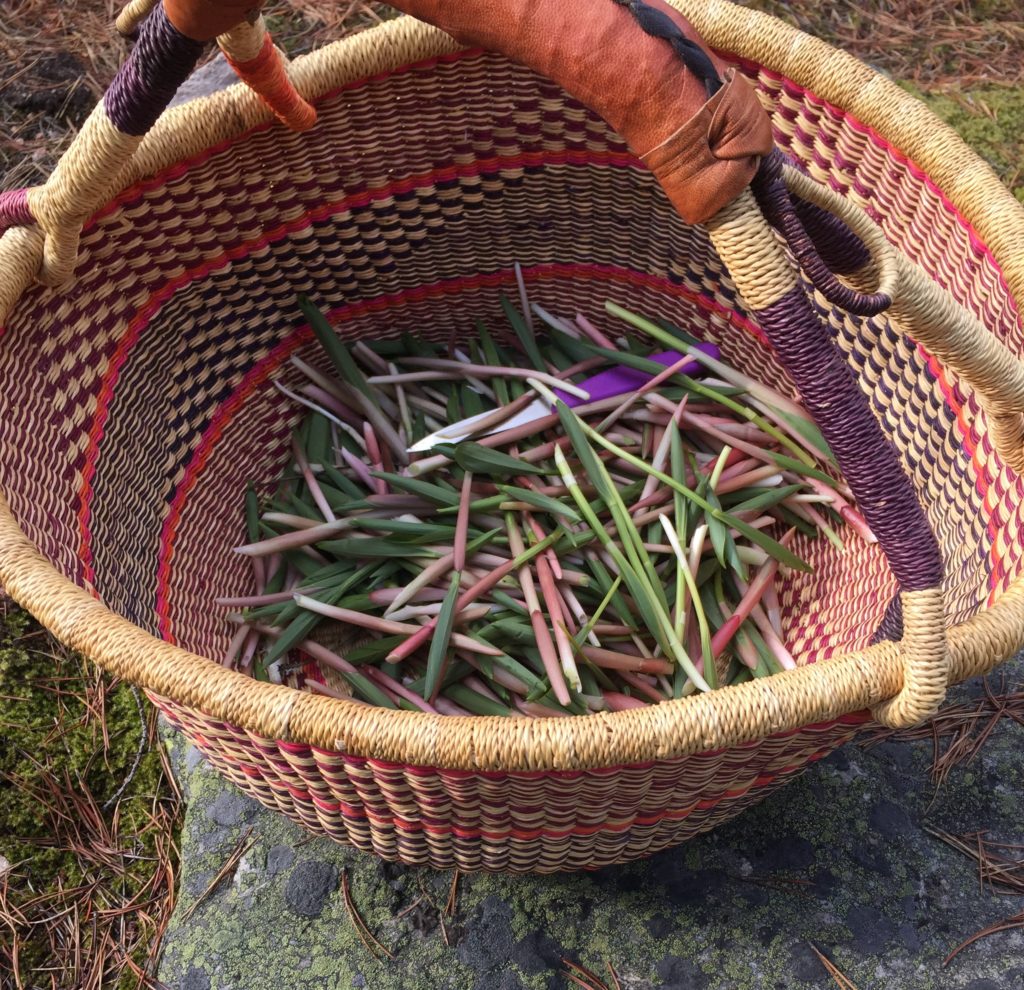 A basket of suziki harvested during an afternoon of foraging in Castlegar, BC. 2019.

As the common camas (Camassia quamash) was beginning to bloom on the shoreline of the Columbia River, I was preparing for the adventure ahead – relocating to Northern BC. During the first week of May, I travelled approximately 1000 km north of Castlegar. 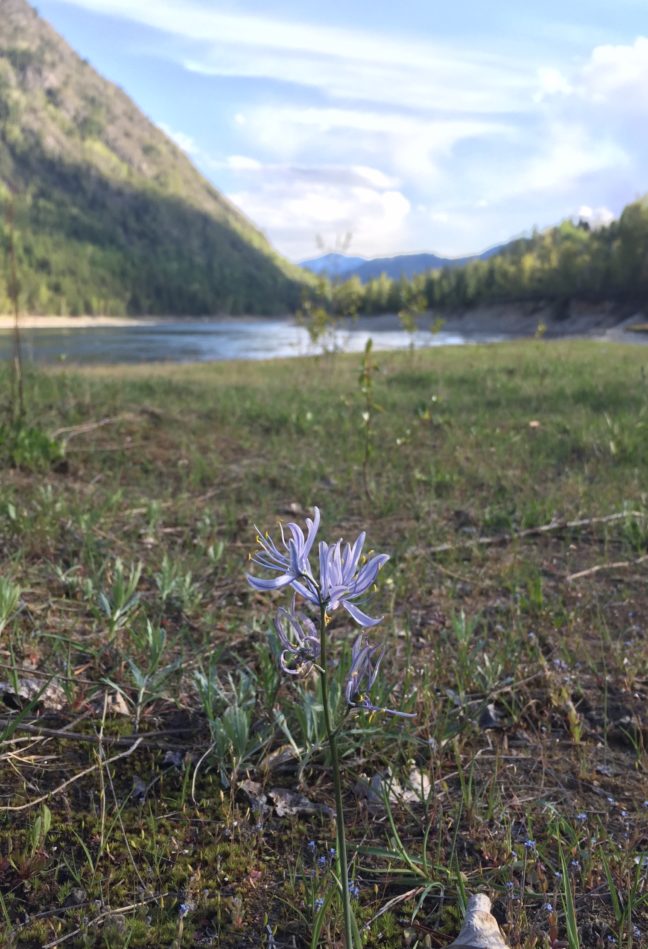 An isolated patch of common camas along the Columbia River near Castlegar, BC. The confluence of the Kootenay River and Columbia River is reported as the largest non-coastal concentration of camas in BC by the Kootenay Native Plant Society (http://kootenaynativeplants.ca/our-work/camas/). 2019.

I already had Northern travel experience under my belt, after having lived in the Yukon Territory (YT) for several years. What I hadn’t yet experienced was a prolonged stay anywhere in between the home that I had made for myself in Whitehorse, YT and Castlegar.

At the suggestion of a family member, I diverged from the northerly route commonly commuted. Instead of taking the BC Highway 1 to Cache Creek and continuing onto Highway 97 North, I travelled north of Kamloops, to the community of Little Fort. From there, I travelled west along BC Highway 24 until its connection back to the 97. Referred to as the Interlakes Highway, this scenic drive featured idyllic views of the chain of lakes of its namesake. 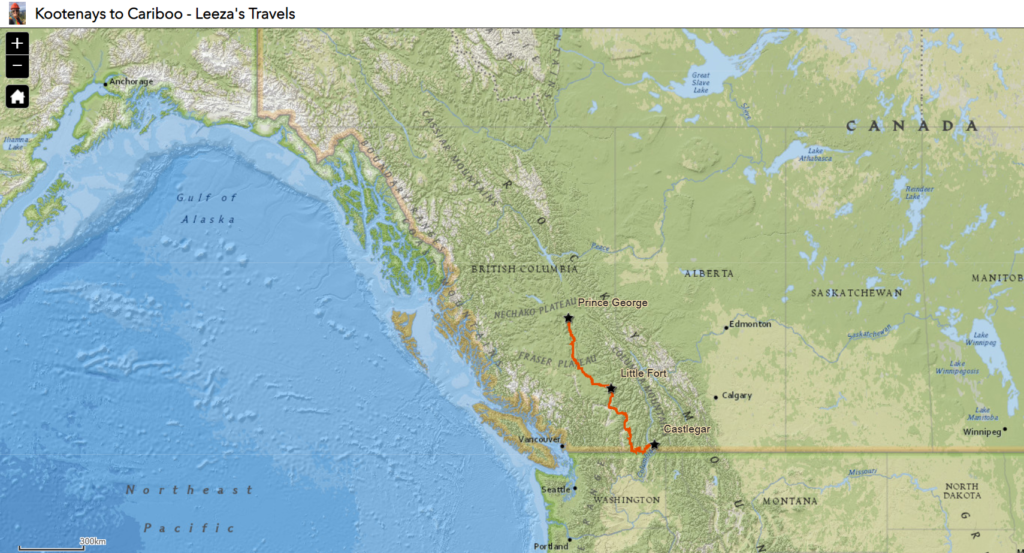 For an interactive version of this map, please visit: http://arcg.is/1uPnX0.

Prince George is located at the confluence of rivers, railways and highways and is warmly referred to as the “Hub of Northern BC”. This nature city, deemed accordingly due to its large network of parks and trails, is to be my home for the next several months. 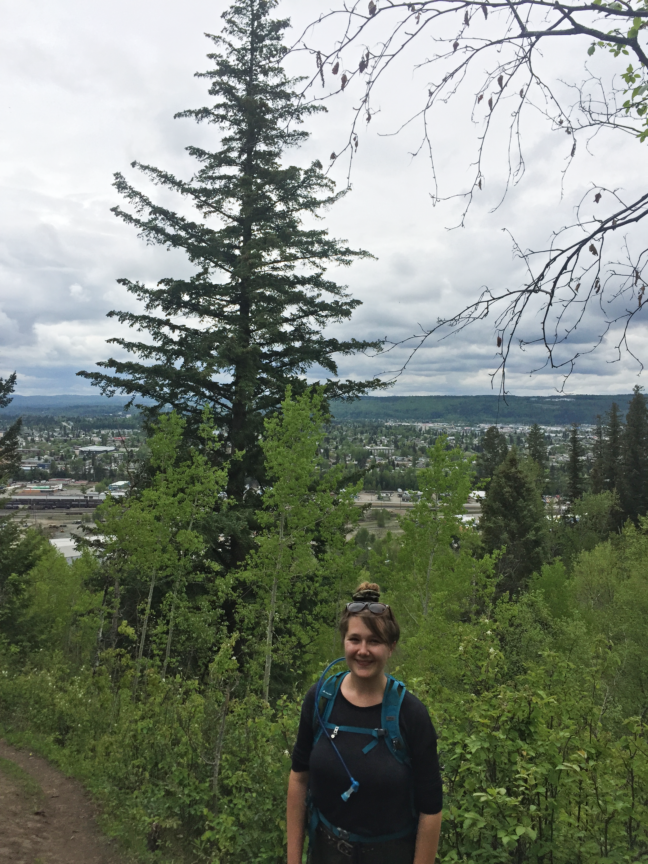 The view from the Cutbanks Trail in McMillan Creek Regional Park, Prince George, BC. 2019.

The view from the Cutbanks Trail in McMillan Creek Regional Park, Prince George, BC. 2019.

While in Prince George, I am working for Canadian Forest Products Ltd. (Canfor), holding a co-op education position in the Woodlands Information Management (WIM) department.

I am excited to be on this Northern BC adventure and to share my experiences here, through my Green Dream blog. Thank you to Canfor for being a member of the Forest Products Association of Canada, which allowed me to pursue this opportunity.

Stay tuned for my next update, in which I’ll share more about who I am, the experiences leading me to where I am today and what I’ll be doing as a member of the Greenest Workforce.