LiDAR & how it can inform forestry practices

Welcome back, dear reader. In this instalment, I’m going to share my understanding of LiDAR technology, and further delve into how it can inform forestry practices.

What is LiDAR technology?

(Did you know? The word “laser” is actually an acronym for “Light Amplification by Stimulated Emission of Radiation”.)

The laser used in LiDAR systems uses wavelengths that fall in the green and near-infrared regions of the electromagnetic spectrum. These wavelengths strongly reflect off of vegetation.

Where LiDAR wavelengths fall within the visible and near-infrared regions of the electromagnetic spectrum. [NEON, 2014.]

LiDAR systems can be deployed through several platforms, but I’m going to focus on airborne acquisitions. There are four main components to an airborne LiDAR system:

The LiDAR unit emits laser pulses and records the returning energy from the earth’s surface. 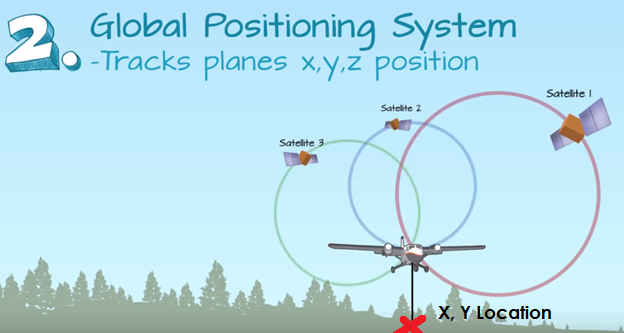 The Global Positioning System (GPS) tracks the altitude and position of the airplane. It allows us to figure out where the LiDAR energy reflections are on the ground. 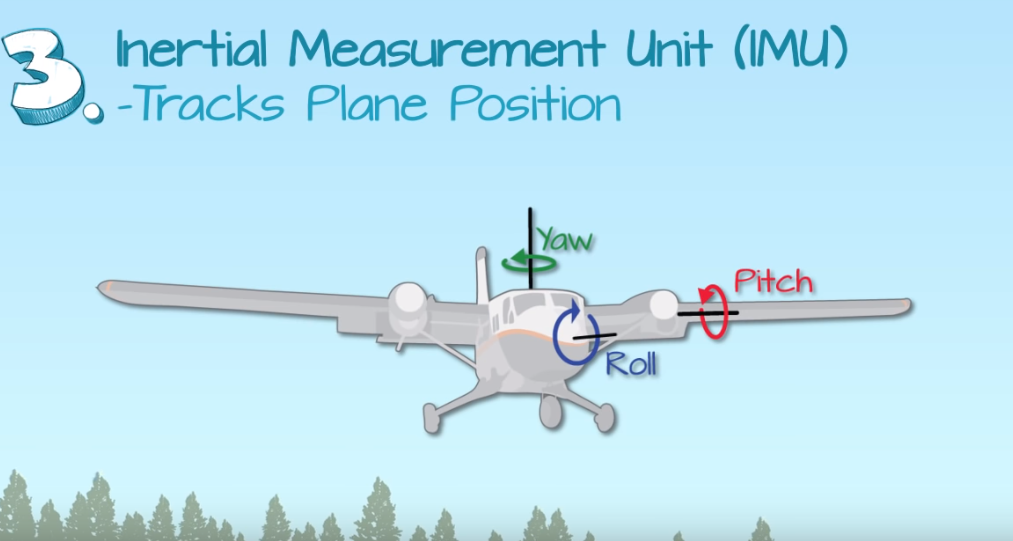 The Inertial Measurement Unit records the tilt of the airplane as it flies through the sky. 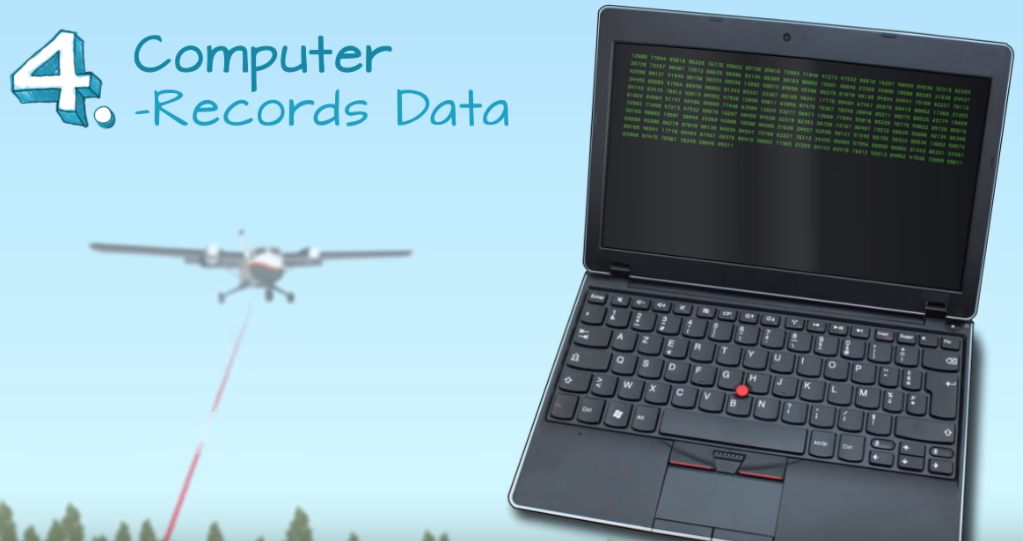 A computer onboard the airplane records the elevation data collected as LiDAR system scans the earth’s surface.

The laser in the LiDAR system scans the earth, emitting light energy towards the ground. This is what makes LiDAR different from other remote sensing methods (such as the satellites that collect imagery for Google Earth). Satellites generally collect measurements of the passive, solar energy reflected off of the earth’s surface. LiDAR is a method of active remote-sensing because measurements are collected of the energy that is actively emitted from the laser and then reflected off of the earth’s surface.

You divide by two because the light energy travelled twice – from the plane to the surface, and from the surface back up to the plane.

To figure out ground elevation, distance from the ground is subtracted from the plane altitude measured by the GPS receiver. 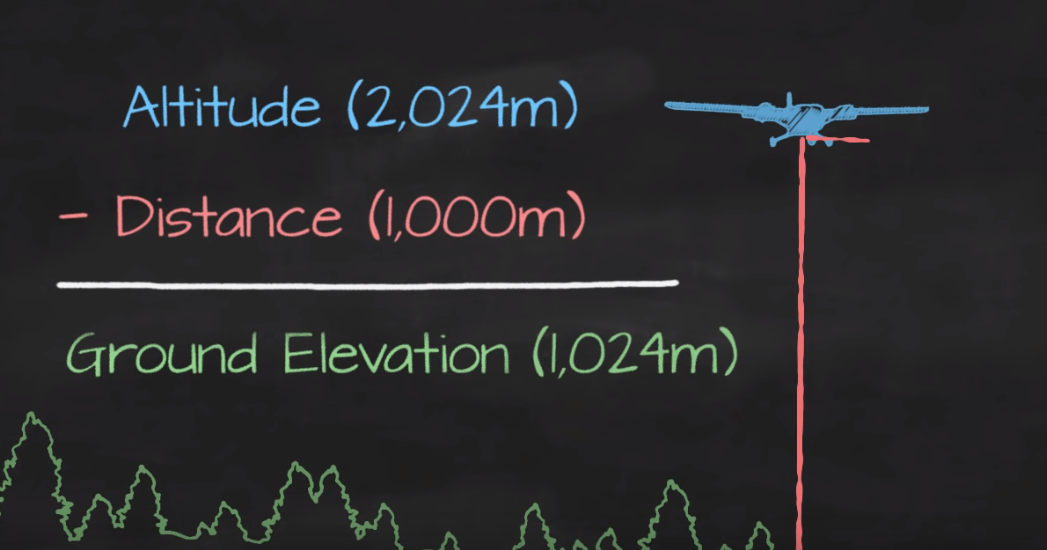 There are a few more calculations that must be made to accurately measure elevation. The first measurement is the tilt of the plane, which is accounted for by the Inertial Measurement Unit. The second is the angle of the pulses sent from the LiDAR system. Most pulses leave the LiDAR system at an angle because the laser scans the ground side to side so as to cover a larger area on the ground while flying. As such, pulse angle also needs to be accounted for when measuring elevation.

You may be questioning – what becomes of that reflected laser energy? Generally, LiDAR data is represented through a point cloud, as shown in the visualization below. 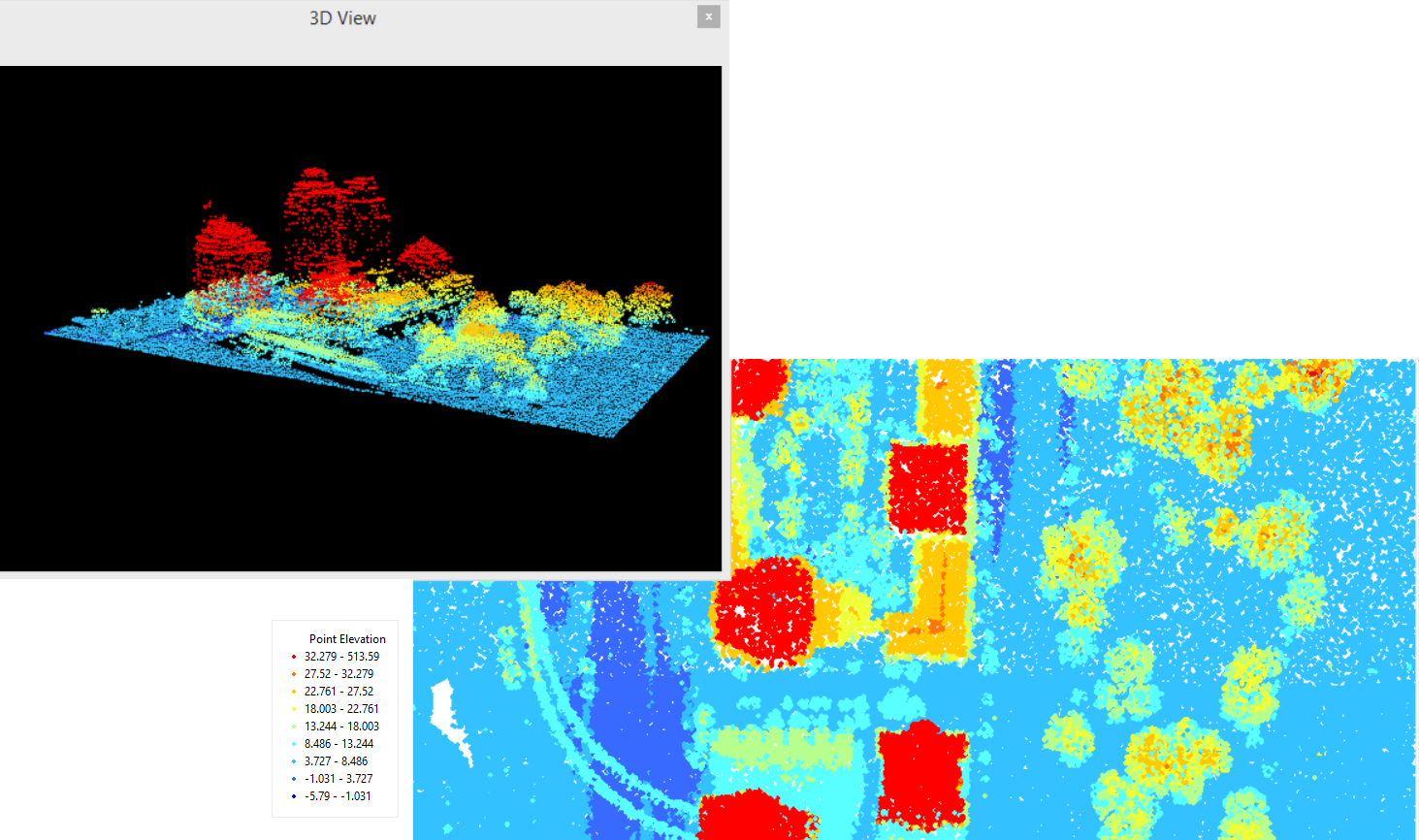 In this image, the legend on the bottom left corresponds with the elevation of the two-dimensional point cloud visualized on the bottom right. This is what typical LiDAR point data looks like when classified by height. Each of those points represents a recording of reflected laser energy.

What can you identify in the three-dimensional view? The tall buildings (red) and trees (green-yellow-orange spheres) stand out the most to me.

How does LiDAR data inform the forestry sector?

As there are often gaps on the surface of features on the earth’s surface, multiple energy returns can occur. For example: when acquiring LiDAR data in a forest, the laser will slip through branches and leaves. Thereby, multiple returns can be recorded – the forest floor, understory vegetation, and sometimes several levels of the tree canopy. 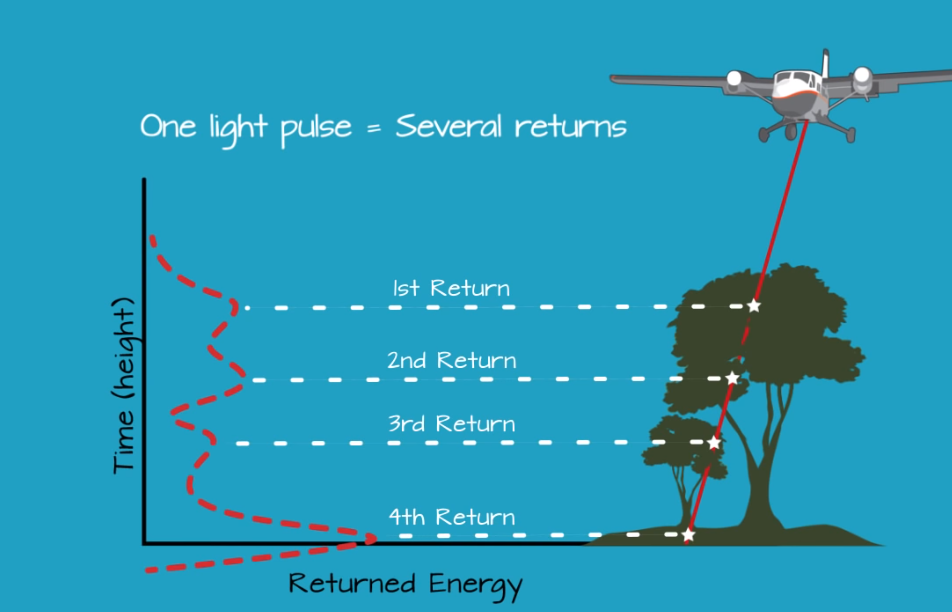 Multiple returns means that more forest attributes than just tree height can be measured. Other forest metrics than can be collected through LiDAR data includes: foliage density, crown size, diameter at breast height, stem volume and biomass. Some of these measurements require intensive calculations and algorithms, but, it’s all possible!

There are so many examples of LiDAR-derived products. In my opinion, visualizing tree heights with LiDAR data actually looks pretty neat. A Canopy Height Model (CHM) is a good example of such a visualization. CHMs can help inform where forestry companies may want to harvest trees. 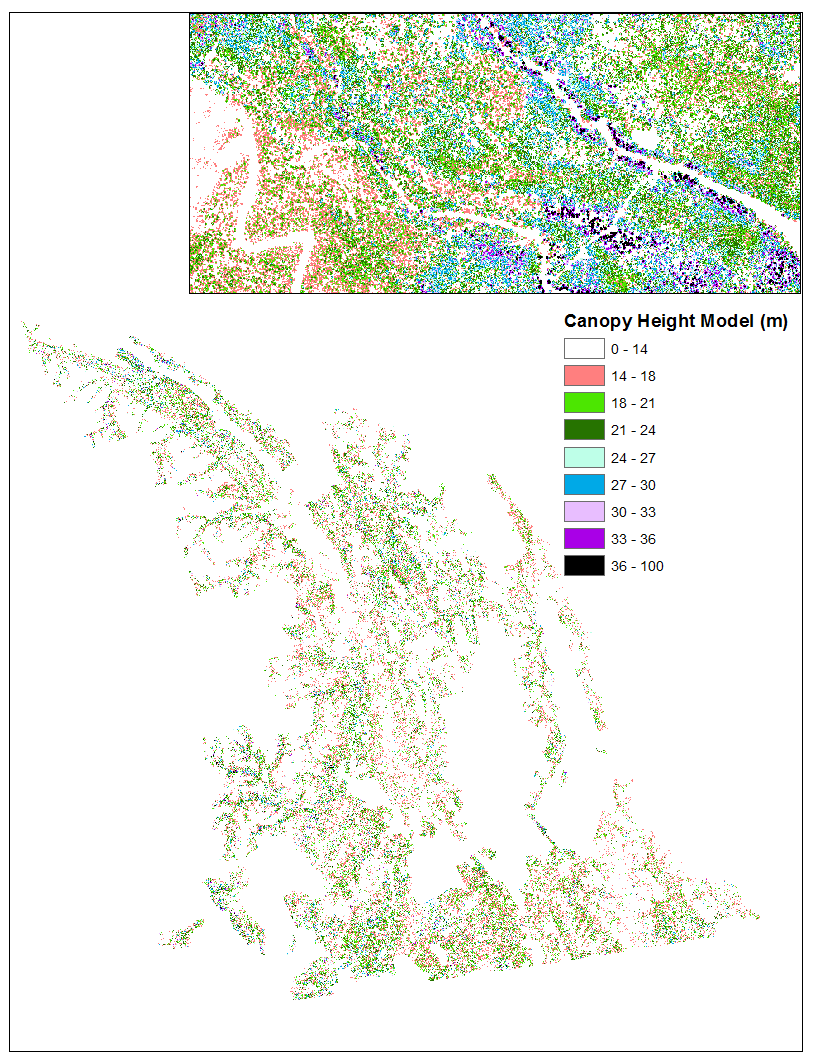 Each point in this CHM has an elevational value that represents the height of the tree located there.[Canfor, 2019.]

Another practical example of LiDAR derived products is a Digital Elevation Model (DEM). This model represents the heights of only the bare ground on the earth’s surface. It can be used to create other products, such as a slope map, to help inform where a proposed cutblock may be in an area too steep to extract timber. 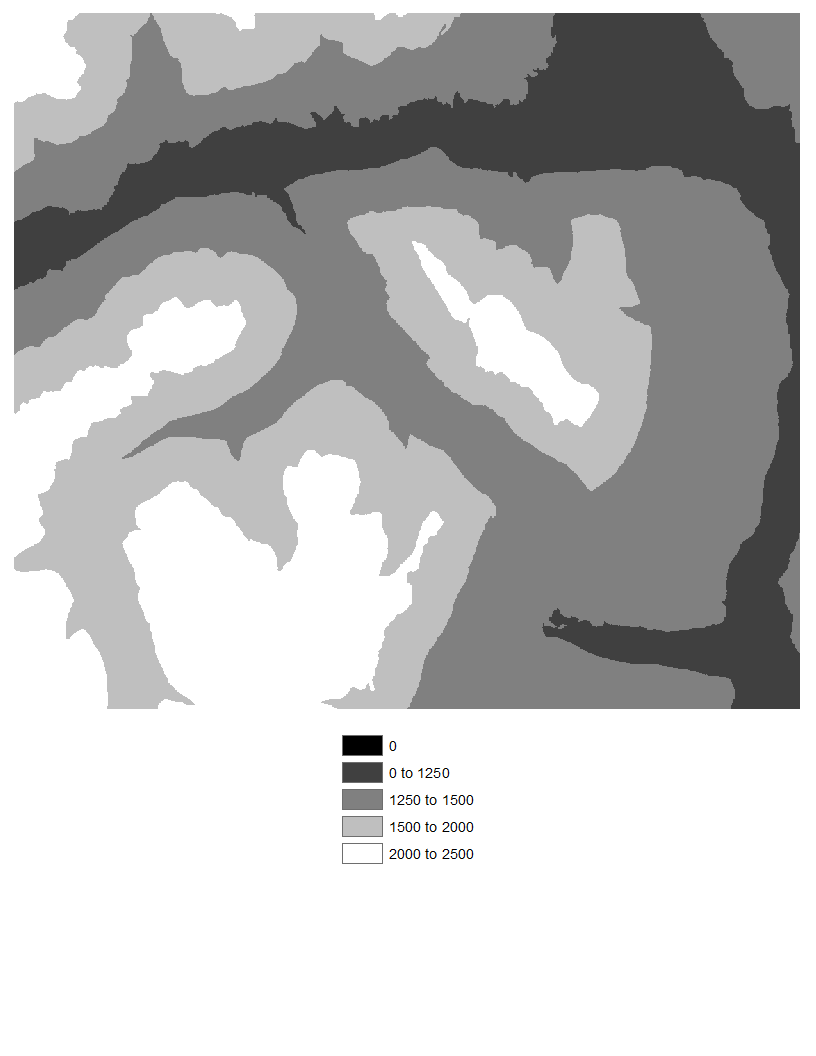 This DEM (with elevational values in metres) has been classified into five categories for simplification.[Canfor, 2019.]

In a coming installment, I will demonstrate some of the amazing three-dimensional visualizations that can be made with LiDAR data and its derivatives.