The Basics of Forest Surveying and Competition Assessment 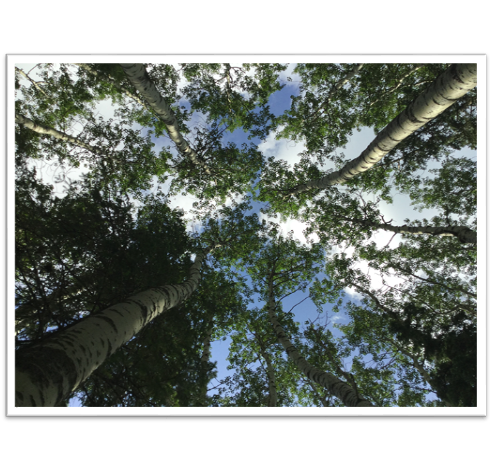 This summer, I’m spending a lot of time working on competition assessment and control projects. Whether we regenerate a cut block using natural or artificial regeneration, priority number one is to make sure that those trees can succeed. In that respect, competition between crop trees and weeds* is a very big deal in forestry.

Competition is a complicated topic that deserves its own post and much more. Competition occurs when organisms are trying to obtain limited resources. In a forest, those resources are predominantly light, water, and nutrients like nitrogen and phosphorus. Those things are all requires for survival and success, but all the plants in a forest need them. Competition ensues. Forests will develop different structures based on what plants are growing in them, in which combinations. Essentially, what a forest looks like is created by competition.

However, foresters have our own views on competition. In Alberta, foresters are obligated by the province to reforest their logged areas with the same type of forest they cut, whether it is a confer-dominated stand, a mixedwood, or a deciduous stand. This creates constraints; if an area is supposed to be regenerating into a spruce stand, then the deciduous regeneration needs to be controlled until the conifers are well-established. 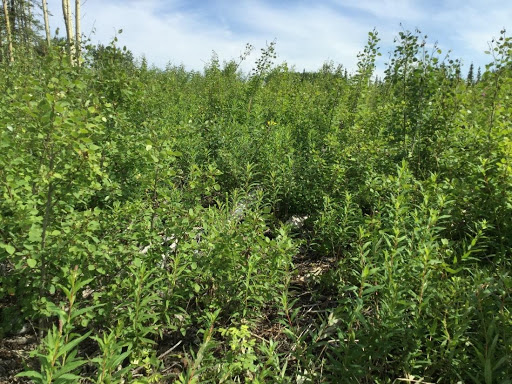 The above photo is an example of a regenerating cut block with quite a lot of deciduous regeneration in it.  There’s also a planted juvenile spruce tree in there. While spruce trees can survive under an aspen canopy like this, they tend to grow much more slowly (and may die) because they have less access to light and water.

So, how do foresters figure out what the competition level is in a cut block? There are a variety of competition assessment tools that foresters can use. Which tool the forester chooses to use varies based on the age of the cut block, primarily.

Before an area is even harvested, foresters can use tools like those in the Alberta Silviculture Guide to determine, for example, how vigorously they can expect aspen trees to regenerate post-harvest. This allows them to choose silvicultural techniques (e.g. harvest time of year, pre-planting site preparation, etc.) that will give them their desired results.

When cut blocks are a little bit older, they are assessed using surveys. These can either be reconnaissance surveys done from a helicopter, or ground surveys done in person. When doing ground surveys, foresters use a grid to cover the entire area of the cut block. They then go to each grid point and throw a plot. These plots can assess how many conifer and deciduous trees are in a specific area. They can also be used to assess grassy and shrubby competition, as with the Comeau Competition Index found in the Alberta Silviculture Guide. This information can then be used to help the forester make informed decisions on what their next land management decisions should be.

Recently, I’ve been spending a lot of my time at work doing surveys to help the silviculture forester assess the stocking and competition status of young cut blocks. These surveys involve going to spots all throughout the cut block and taking measurements, such as the number of trees at each spot and their species.  These measurements are then used for one of two main purposes: to confirm that the cut block is regenerating according to plan, or to determine what steps are needed to get the regeneration back on track.

* “Crop trees” are the trees the forester is intending to grow in an area. “Weeds” are all plants that are growing where we don’t want them to grow. Just because a plant is a weed in one context doesn’t mean it can’t be a crop elsewhere.