For this blog post, I am going to talk about the specific reasons why I enjoy working in the Tolko Woodlands division of the forest industry.

Most woodlands divisions are similar with one goal in mind. It is their responsibility to manage the forest and to supply the mills with enough wood to keep them running efficiently. One of the greatest perks of working in the Woodlands division at Tolko is that it allows my coworkers and I to see all sorts of places. I am lucky enough to visit different areas in northern Saskatchewan, all while working. Some places are well travelled and easily accessible, some are quite the opposite. Especially with all the rain we’ve had in Saskatchewan this summer, my co-workers and I often find ourselves using quads to access most areas. Depending on the type of work and location, helicopters are sometimes used by government and by industry, but usually only on rare occasions. We often joke about how nice it would be to have jetpacks to get to where we need to go. The upside to harder access is it often means the area is less visited. One of my favourite things to do while on the job has been to travel deep into the bush, knowing that some of the places are relatively untouched and have likely seen limited human activity. Some would call it exploring, but we are often just trying to find the best and quickest way to a destination to get our work done. Working in the forest has allowed me to stumble upon quad trails, camping spots and even cabins that I likely wouldn’t have found otherwise.  If you check out the image below, you will see that, even when you know where you’re going and how to get there on a map, it does not always go as planned. My coworker Cody and I found ourselves in some deep water and were forced to turn around. This is a day that we were wishing we had a canoe (or a jetpack) instead of quads. 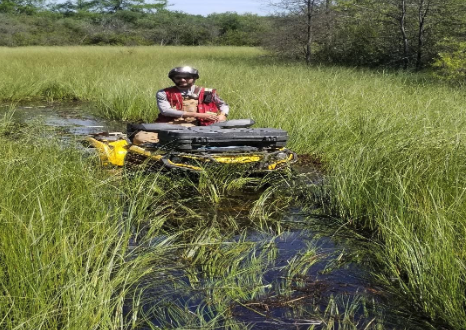 Figure 1: Cody quadding on a “trail” in northwestern Saskatchewan 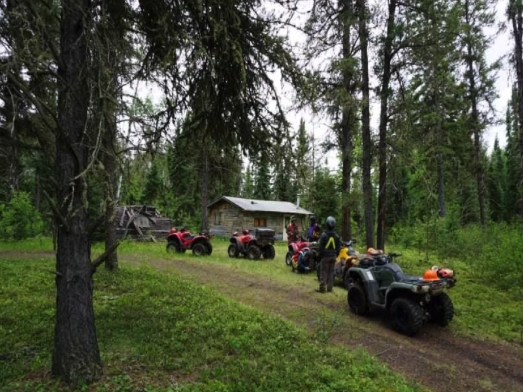 Figure 2: Checking out an old trapper’s cabin in northwestern Saskatchewan.

Working in the forest means working in the presence of wildlife. For some, the thought of this is scary. For others, like me, it’s exciting. You never know what you’re going to see in the forest. At the same time, it is important to be cognizant of your surroundings and know that wildlife is unpredictable and must be respected, however, if you leave them alone, they will usually leave you alone. The animal that people most often associate with the northern forest is the bear. Here in Saskatchewan, we only have Black Bear and they are pretty tolerant of humans, unless they have cubs by their side. Regardless, we always carry bear spray while working in the bush. It always excites me to see any kind of wildlife at work, as long as it is from a safe distance. If you’ve read my past blogs, you would know that hunting is by far my favourite hobby. Another perk of the job is that I am able to scout out potential hunting locations for later in the fall. I often find myself looking for animal sign, such as scat and tracks. I especially enjoy finding animal skulls and antler sheds to add to my collection. Deer antlers are more common and I have been lucky enough to find a few this summer, but I have been searching for a moose antler shed for a few years and, as you can see in the photo below, last week I finally found one! Another cool find this summer was a deer skull and antlers of a mature whitetail buck (pictured below). Shout out to my coworkers Cody and Shamara who stumbled upon it and were nice enough to let me take it home. Working in the Tolko Woodlands division has been an adventure so far and I am always excited to see what the next day will bring. 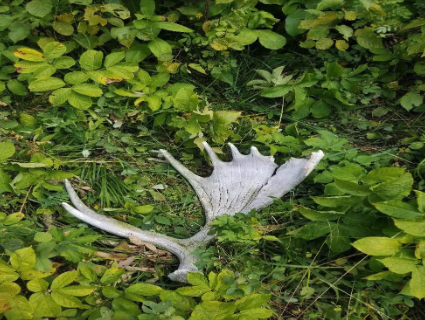 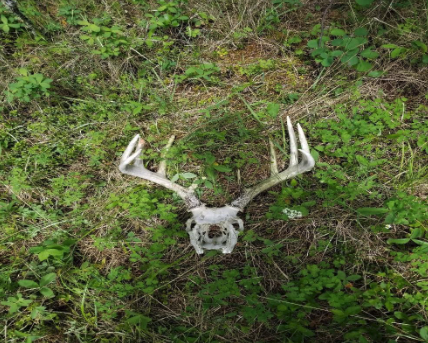 Thanks for reading and feel free to leave questions and comments in the section below!